Sat. 2 June from 1 pm
In the City Districts, admission free
Berlin's poets take over the city. Summer readings in the city districts. 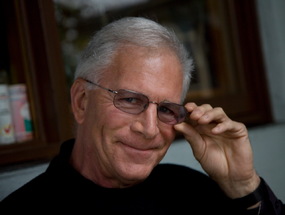 Michael Palmer is one of the best-known contemporary poets in the USA. He has published more than twenty books, which have been translated into many languages and garnered many awards, He is a multi-faceted writer and translator who has made a name for himself outside poetry as well, in music and dance theatre. This year a cross-section of his complete oeuvre has finally been published in German, translated by Rainer G. Schmidt, by KOOKbooks, Berlin. Michael Palmer's publisher, Daniela Seel, is herself a poet, and will be talking to him about his work and his poetics, his roots in L=A=N=G=U=A=G=E poetry, his translations and his projects.

With the kind support of: the Embassy of the United States of America, The Mandala Hotel Project leader: Alexander Gumz

Poetry Talk: For those who do headstands 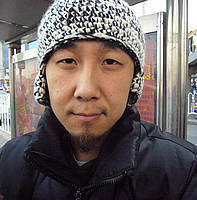 'For those who do headstands' is the title of one of Yan Jun's poems, and that sums up what this young poet, sound artist and musician is about. He combines poetry with electronic sounds, language experiment with social criticism. For him, not only are his poems political, but the very act of writing poems itself is a political act. Since 2001, Yan Jun has been the co-editor of the unofficial literary magazine Shu (Writing). He has published two books of verse, Cisheng Bo (Infrasound) in 2001 and Bu Keneng (Impossible) in 2006. In conversation with his German translator, Lea Schneider, he will be talking about the power of his three-dimensional words: energetic and full of self-irony, anger and courage. 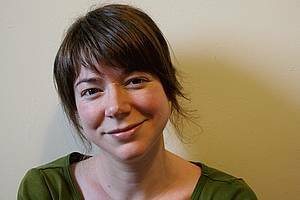 Young poets on the crisis in Europe, on poetry and politics

What is left of the idea of Europe - apart from political symbolism and the mighty laws of the market? Is there still such a thing as a European attitude to life, a cultural dialogue, or is all that overshadowed by the current crisis?
28 young poets from all EU countries (incl. Croatia) are writing a renshi, a chain poem, exclusively for the poesiefestival berlin, in which they deal in literary terms with questions concerning Europe's present and future.
Before they present the world première of their renshi in the evening, the poets will be taking part in five discussion groups to talk about writing it and its social, political and literary background.
Each of the five renshi groups will be in a Berlin embassy or cultural institute to talk about the realities of the countries in question, the relationship between poetry and politics in general and their experience of writing a collective socially critical poem.

* These events will take place in English with an German interpreter.

renshi.eu – a European dialogue in verse 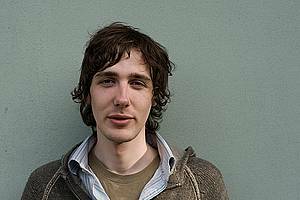 Europa is in the middle of an existential crisis. The dream of a unified continent is becoming a financial nightmare, with the visions of the founding fathers lying shattered amid neoliberal crisis management. Europe of its citizens is becoming the Europe of the bean counters. Only money matters, values are no longer important. The future of the idea of Europe is at stake.
For the poesiefestival berlin young poets from all 27 EU member states and the accession state Croatia are writing a renshi. In this chain poem they refer and relate to each other in literary terms, sounding out in their own artistic manner the highs and lows of Europe's many voices.  renshi.eu casts a critical eye, unclouded by market and political concerns, on what makes Europe tick now. On 2 June 2012, the poets will be presenting their work in a community poetic-political reading performance.
renshi.eu started in Greece, the epicentre of the current economic crisis but also the birthplace of European culture and democracy. Five groups of five or six  poets worked in the various countires in parallel on five different renshi strands, with each strand originating from a poem by Greek poet Yannis Stiggas.
Each part of the renshi was taken up by the next poet in line, varied, commented on. To finish, the chain poem then returned to its source, andYannis Stiggas wrote a final stanza for the five strands reflecting the traces his lines had left in the writing and thinking of the other poets.
The focus throughout was constantly on what the poets took in their countries to be Europe's status quo: international politics, day-to-day problems, but also the big designs, bedded on the figures and myths of this old and ever new idea. Using the previous poet as a starting point provided many diverse transformations revealing the characteristic features and power of the image-worlds, the density of allusion and the sounds of contemporary European verse. A polylog in poems has been created, a conversation on equal terms about past, present and future, about European values, crisis and utopia - a parliament of poets has convened. The European Parliament has undertaken patronage.

This is the place gentlemen

Many fathoms beneath nothingness
our hair
enmeshed in its roots

my son my son Absalom