The Haus für Poesie, together with the sponsors from the publishing industry named below, is this year presenting the 29th open mike – Competition for Young Literature. The open ... more 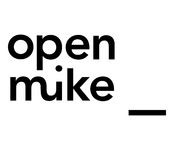 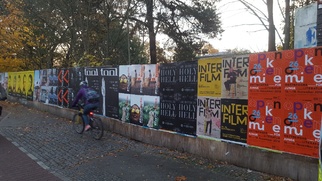 The open mike has established itself as the most important literary competition for young German-speaking writers of prose and poetry, supporting them from the start of their writing careers to the publication of their first books and beyond. Many important writers have started their careers at the open mike, including Karen Duve, Julia Franck, Terézia Mora, Tilman Rammstedt, Kathrin Röggla, Jochen Schmidt, Ulf Stolterfoht and Judith Zander. It has been held annually since 1993.
The open mike is open to German-speaking writers aged 35 and under who have not published a book of their own. Prose or poetry texts may be submitted, which are anonymised and passed to six selectors who are editors with reputable publishing houses. They select up to 22 entrants who are then invited to the two-day public reading for the open mike final in Berlin in November.

The open mike final in November has achieved cult status and is a firm date in the calendar of the literature-loving public, as well as publishers, editors, agents and the media who are on the lookout for literary talent. Each finalist has fifteen minutes to read their work and impress the jury and attract the attention of the literary world before the alarm goes off.

A jury of writers (in the past they have included Katja Lange-Müller, Thomas Hettche, Karen Duve, Georg Klein, Feridun Zaimoglu, Terezia Mora, Marcel Beyer, Kathrin Schmidt and Felicitas Hoppe) can select up to three prize winners and award prizes worth a total of EUR 7,500. One of the prizes is awarded for poetry. The audience, too, can name its own winner; the audience jury awards the taz Audience Prize of publication of the winning text in the Tageszeitung newspaper. Not only that, but the Deutschlandradio Kultur radio station produces a feature on the open mike weekend and the winners, and the open mike texts are published for the final in an anthology by the Allitera Verlag.

But the open mike is not just a competition. After the readings for the final, the winners go on a reading tour to Frankfurt, Zurich and Vienna, while the finalists have the opportunity to work on their texts in a workshop with publishing editors and writers, and a colloquium is offered every year to the finalists, at which literary topics are discussed with speakers from various areas of the industry.

Two writing workshops, “open poems” in Berlin and “open writing” in Frankfurt, have also been established for young writers and enable successful participants in the open mike to pass on their experience.

Since 2006, the open mike has been sponsored by the Crespo Foundation in Frankfurt am Main, which initiates and supports projects in the areas of cultural education and the promotion of artists.