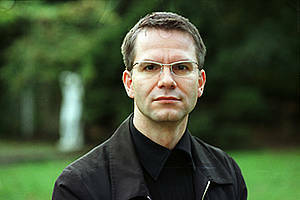 In his last poems, Pier Paolo Pasolini warned of a mighty recession, criticised the ideology of progress and issued a battle-cry for living protest by means of poetry against a uniform global market. What is the relationship between poetry and prophecy? And what can Pasolini's mene tekel pronouncements still say to us today? 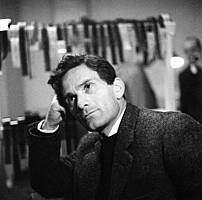 In his early work written in the Friulian dialect, the young Pasolini evoked an anti-bourgeois utopia, the image of simple life, a "better youth". Shortly before his death, he took up his early poems again, adding variations and commentaries. The constructed idyll became linked to an eloquent indictment of mass society and its consumerism.
In Leopold von Verschuer's production, three speakers bring the two versions into a confrontation with each other, examine dialect forms and break out into a Mystery Play, thereby following the approach taken in the audacious new German translation by poet Christian Filips incorporating Middle High German and the German of Martin Luther.