Workshop for teachers: Poetry films for the teaching of German

Using the DVD Poetry Films, jointly produced by the Literaturwerkstatt Berlin and the Duden Schulbuchverlag, some new teaching concepts will be presented for the use of poetry films in school teaching. Participants working in groups will have the opportunity to familiarise themselves with these teaching units in practice, enabling them to identify how the content and didactics of poetry films can be applied to German as a school subject and to be able to put them into practice in class confidently and effectively.

In cooperation with Duden Schulbuchverlag.

Poetry Discussion: Non-Elysian Fields – The island as a poetic possibility

Nora Nadjarian and Adrian Grima, contemporary poets from Malta and Cyprus, will, in conversation with Ron Winkler, be sounding out the poetic spaces that an island can offer as the yearned-for destination of many travellers - as a place of virginity, but also as the island of buried hopes.

With the kind support of: the Embassy of the Republic of Cyprus.

Poetry Discussion: Poetry on the Bosphorus 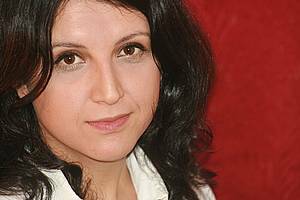 In Istanbul, modern life comes face-to-face with traditional belief systems. Where they meet is where we find I˙skender and Özmen: two poets who, in their different ways, are filling the ancient art of poetry with new subjects and forms. They will be talking about their city, its poetry scene and life there in conversation with Nico Bleutge. 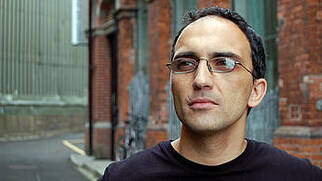 Five poets will open up a poetic panorama including Catalan, the Semitic language Maltese, Turkish, Greek, Armenian and English. They will be locating their home between mass tourism and the fears of isolation, between the island as a crossing-point between cultures and religions and the island as the friction point of history. The evening will be opened with the work "En plo" ("At Sea") by the Cypriot composer Marios Ioannou Elia.

With the kind support of: Embassy of the Republic of Cyprus, Institut Ramon Llull.

Istanbul is the cultural heart of Turkey. It is a pulsating city in which many poets live. Küçük İskender is probably one of the first Turkish poets to deal openly in his poems with homosexuality and suicide. Metin Celâl is one of the main proponents of the generation of poets that has had a major influence on Turkish poetry since the 1980s. Gonca Özmen's love poems are free of any hint of kitsch. She published her first collection at 18, and has since then received many awards and prizes. To complete the programme, the poetry film "Gehsteige" ("Pavements") will be shown (directed by Aljoscha Hofmann) and Emrah Gökmen will sing Kurdish and Turkish songs.