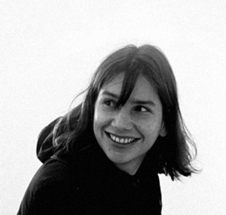 (born 1977 in Tel Aviv, Israel) is a filmmaker, artist and writer. She lives and works in Berlin. She studied at De Atelier in Amsterdam and at the Avni Institute in Tel Aviv. Since 2004 she has produced a series of works that have been shown internationally, predominantly experimental films and video installations. Her works have been most recently shown in Stockholm and Los Angeles and at the Biennial in Venice. In her artistic work, Keren Cytter confronts predominantly the question of the influence exerted by the media culture on interpersonal relationships. In making her short films, Cytter makes special use of combining elements from documentary and fictional origin, so that they are often reminiscent of home movies or video diaries. Awards she has received for her work include the 2008/09 »ars viva« Prize from the German Industry organisation Kulturkreis der deutschen Wirtschaft im BDI e.V.

(born 1965 in Hamburg, Germany) studied Comparative Literature and Film in Hamburg and Norwich (MA); 1998 thesis on literary adaptation (PHD). 1986–1997 she worked as dramatic advisor for cinema and TV. Since 1997 she is the commissioning editor for Bayerischer Rundfunk (ARD) in Munich. Co-production of and short and feature-length fiction and documentary films. As commissioning editor at Bavarian Television (Bayerischer Rundfunk) she is in charge of the department »Kurzfilm und Debut« (short films and first feature films) and of cooperation with German film schools. Five to six short film-programmes per year are designed thematically and showcase short film production in Germany. She teaches dramaturgy and script constellation. 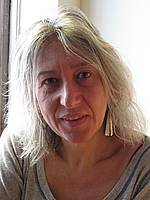 (born 1953 in London, Great Britain) has been one of the best-known short animation film makers since gaining her diploma from the Royal College of Art in London, and has won prizes for her work in Stuttgart, Barcelona and Taiwan and other places as well as a ZEBRA Award in 2004. Her films have been broadcast on television by Channel 4 in Britain. »Death and Mother« (1997) is based on a story by Hans Christian Andersen. In 2002 she made a film version of Philip Larkin’s poem »The Old Fools«. She teaches at the National Film & Television School, Harvard University and the Royal College of Art in London.

(born 1962 in Reykjavik, Iceland) is a poet, novelist, lyricist and screenwriter. He has worked in different media and collaborated with visual artists, musicians and film makers. In 2001 Sjón was nominated for a Golden Globe and an Oscar for his lyrics in »Dancer in the Dark«. His works are widely published and his novel Skugga-Baldur ("Schattenfuchs", S. Fischer) which received the Nordic Council’s Literary prize in 2005 has been translated into 18 languages. Sjón served as president on the jury of the Nordic Council’s Film Prize in 2008. His latest work for cinema is the screenplay for Iceland’s first slasher film, Reykjavik Whale Watching Massacre. Sjón is currently living in Berlin as a guest of the Berliner Künstlerprogramm. 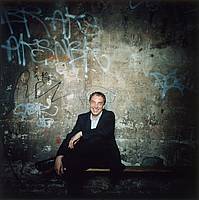 (born 1956 in Eisenach) is the founding director of the Literaturwerkstatt Berlin and has been its head since 1991. After gaining his doctorate in German and Musicology he initially worked as a freelance journalist before becoming artistic director of the Theaterhaus Berlin. He is the managing director of Literaturbrücke Berlin e.V. and eurobylon e.V., the associations which support the Literaturwerkstatt Berlin. He has initiated and headed large international projects such as Literatur Express Europa 2000, the website lyrikline.org, the ZEBRA Poetry Film Festival, the open mike competition and the poesiefestival berlin. He is a member of several international committees and advises various international art and literature programmes. He is the editor of various publications, including the VERSschmuggel / ReVERSal series (Verlag Das Wunderhorn).