With the kind support of: RITTER SPORT

Poetry Talk: Concrete and Visual Poetry in the 20th Century and Today 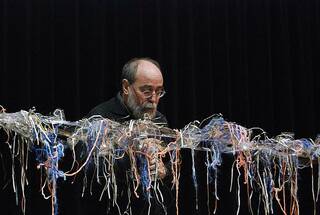 A discussion about two life’s works: Eugen Gomringer and Bartolomé Ferrando, two of the most important exponents of experimental poetry in Europe, will be talking about their work and giving an insight into their way of writing poetry.

With the kind support of: Pro Helvetia – Swiss Cultural Foundation 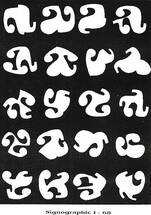 Experimental and visual poetry of the 20th Century in Spain and Latin America.

Escrituras en libertad will be giving the public for the first time a comprehensive picture of Spanish and Latin American experimental poetry in the 20th Century. It is a historical narrative made up of the experiences of each one of the poets in the exhibition. Two main periods are presented, the early 20th Century and the 1960s, periods in which the major figures in experimental poetry came together. The poets featured include Ramón Gómez de la Serna, Vicente Huidobro, Joan Brossa, Juan Eduardo Cirlot, Carles Santos and Fátima Miranda.

An exhibition by the Instituto Cervantes jointly with the Literaturwerkstatt Berlin 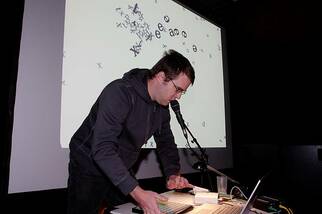 An evening exploring the boundaries of poetry with other art-forms: word and sound meet music, visual image and digital art. Artists from Spain and the German-speaking countries will be reading and performing in traditional and new forms of experimental poetry.
Followed by a reception

An event by the Instituto Cervantes and the Literaturwerkstatt Berlin as art of the poesiefestival berlin With the kind support of: Pro Helvetia – Swiss Cultural Foundation