The German Language is known for its diverse poetry. Ten moving
and funny films from around the German-speaking world competed for the “Ritter Sport Filmpreis”,
contributed by Alfred Ritter GmbH & Co. KG.

A poetry film that deals with the fate of the Swiss Verdingkinder.

“Generation Y” – we are characterized by avoiding decisions
and our inability to handle the sheer number of possibilities confronting us.

In front of the door there's eerie things lurking – yet they
seem appealing. She makes up the unknown within spitting
distance and finds strange places in her mind. A film about
both attraction and refusal of the unknown. 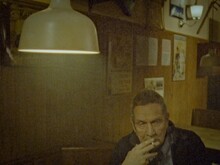 AND THE WORLD TURNS

In Germany more than 2.6 million children are living with
drug addicted parents. The children`s basic needs are often forgotten.
They feel responsible for their parents and take over tasks too early.
“And the world turns” tells the story of a girl that again has to collect
her drunk father from the bar at the corner, in a poetic way.

Between life and death, rock icon Nico lies in a ditch,
fatally hit by a car. She comes into an imaginary dialogue with the love of her life:
Jim Morrison of The Doors.

After his death in the year 1900 the philosopher Friedrich Nietzsche
awakes in a hat shop. In his own memory he had been meant for a higher purpose.
Yet his attempt to rise above his new fate fails miserably.

A timeless, self-referential meditation on the power
of communication to transmute and, at times, distort.

THE NIGHT MODELLED IN GOLD

A confrontation with society and the atrocities of the Third Reich. 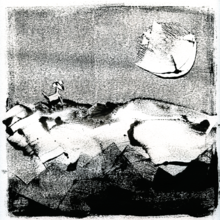 OVER YONDER THE MOUNTAIN

Once upon a time Ms Goat gave birth to eight kids.
One day one of the kids left its family to study in Cambridge.
When the goat returned from her travels,
she found her siblings in a fairy tale.