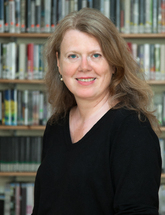 Jana Cernik was born in Bratislava and studied Applied Cultural Studies. She gained her first professional experience working for the Kinemathek in Hamburg, for international film festivals and as a freelance journalist and translator. She then set up and headed the Czech Film Centre in Prague from 2002 to 2013. Since 2013 she has been co-general manager of the AG Kurzfilm in Dresden. 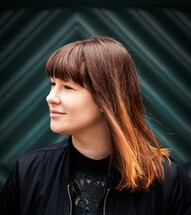 Charlotte Warsen was born in Recklinghausen in 1984 and studied painting at the Kunstakademie Düsseldorf and English in Cologne and Joensuu, Finland. She lives in Berlin and is working on a doctoral thesis in philosophy on the politics of painting and teaches at a school in Neukölln. Her second collection of poems, “Plage”, was published by kookbooks this autumn.