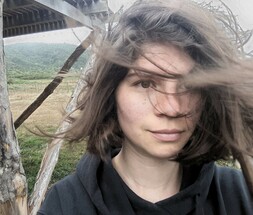 Carla Cerda lives in Leipzig and is a biologist, poet and translator form Spanish, English and Swedish. In 2019 she won the main prize at the Open Mike. Her poetry collection “Loops” was published by roughbooks in late 2020 and was one of the Poetry Recommendations for 2021. 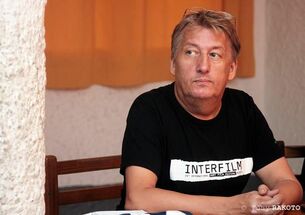 Sunčica Šido was born in Yugoslavia in 1974. Since 2014 she has been cultural programme co-ordinator at the Goethe Institute in Belgrade, where she co-ordinates projects in the area of film and others, including since 2016 “First Films First”, which supports young film creators from South-East Europe in developing their first full-length feature films. She is also in charge of the “GoetheFEST” festival of new German film production, founded in 2012. She regularly attends international film festivals to select films. 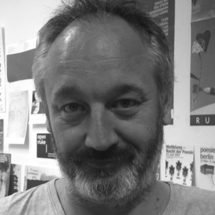 Heiko Strunk (born 1966) studied Literature, Philosophy and Politics in Marburg and Berlin. He is project leader of the poetry platform Lyrikline, is on the staff of the Haus für Poesie and the Poesiefestival Berlin, and since 2002 has been a member of the Programme Committee for the ZEBRA Poetry Film Festival. 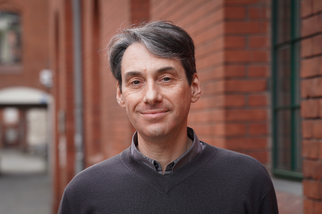 Thomas Zandegiacomo Del Bel (born 1968) studied German, Romance Studies and Media and Communications Science in Mannheim. He works as a research fellow at the ZKM | Zentrum für Kunst und Medien (Centre for Art and Media) in Karlsruhe and at the Deutschen Kinemathek (German Cinema Library) in Berlin. He has been Artistic Director of the ZEBRA Poetry Film Festival since 2006.