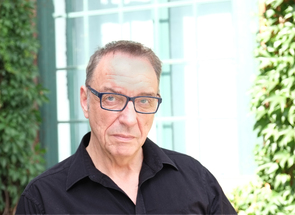 The imaginary worlds of poetry meet the audio-visual possibilities of the short film. The poetry film has existed since films have been produced and has developed into a genre that is highly attractive for film makers and poets world-wide. In 2018 more than 1,000 films have been submitted from 97 countries for the ZEBRA Competition, a trend that has been on the up for years and one that is very gratifying to us.

The ZEBRA Poetry Film Festival is the world’s biggest platform for poetry films. Alongside this year’s Competition, it will also be showing a selection of films by the latest generation of film makers from universities in Düsseldorf and Cologne. In a colloquium discussion poetry film makers from around the world will be talking about the state of the poetry film in Germany with representatives from North Rhine-Westphalia. A programme of silent films with live accompaniment will be looking at such pioneers of the poetry film as Man Ray. The festival will also be focussing on poetry and film from Russia – Russian artists will be presenting their latest work in readings and film presentations. The festival’s Grand Finale will be presenting and celebrating Berlin’s diverse and varied poetry film scene.

I would like to extend my warmest thanks to all our partners and sponsors, poets and film makers, especially the Senate Administration for Culture and Europe, the Federal Foreign Office, the Kino in der KulturBrauerei and the Filmwerkstatt Münster as well as all my team. I wish us all an exciting festival as it brings to the screen the huge variety of approaches to the poetry film and helps to build people’s interest in this exciting, diverse and flourishing genre.