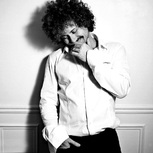 Raúl Paz is one of Cuba’s most important singer-songwriters. His style has gained him a reputation as a 21st Century musical revolutionary, and he is an exponent of what is known as New Cuban Music, which he has blended with elements of hip hop, dub and rock to form a fusion of salsa, jazz and electro-pop. His album Mulata brought him his international breakthrough in 2003. His work is diverse and creative. He has written songs for Viktor Lazlo, stage music for dance and theatre, TV soundtracks and much more. In the mid-90s Paz was one of the protagonists of the New Cuban Wave and co-founded the internationally successful Cuban band Orishas and has shared the stage with Celia Cruz, Marc Anthony and Rubén Blades. His lyrics sparkle with irony and fine wit, stories telling of life’s experiences full of love, separation, revolutionary drive and banality.

His current album, Vidas (2018) is a reflection on time, moods, distance, friendship and the transience of life and love. The album forms the soundtrack to the telenovela Vidas. For this concert he will be playing current songs and a Best Of selection from his entire work.

Raúl Paz: The Concert is presented with the kind support of the German Foreign Ministry and the Instituto Cervantes Berlin.

The event is accompanied by the Poetry Talk: Raúl Paz – A Piece of You.