LIFE AND OTHER CRISIS

After three days of steady, inconsolable rain, a man walks
through the rooms of a house wondering which would be best to die in. 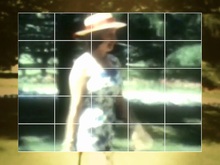 Things we don’t want to become. Things we become.
Changes and shifts in life come and go.

A nostalgic look at the remains of the once proud train station in a small town.

OUR LADY OF THE PRESENTATION

An ode to the patron saint of the city of Natal in Brazil.
The saint is venerated by everyone and lives in the hearts of all seafarers.

My mum’s bonkers. Out of one eye she cries Puccini,
out of the other she reprimands me.

1973, San Francisco. Charles Bukowski, underground
poet and punk ahead of his time, reads his poem LOVE
in front of a wild audience who came to listen to the trash poet’s provocations. But that day, instead of the punk, they find a broken man hungry for love.

When two adolescent boys become aware of their budding sexuality,
they uncover the pain and longing of the human heart.
A sensitively told story exploring how a sense of danger,
shame and confusion can intensify a series
of fleeting exchanges and ultimately prove overwhelming.

A father possum reads his kids a story that’s an alphabet of
the most dangerous animal of all – HUMANS! 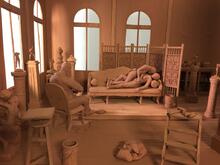 SPLEEN OF THE SCULPTOR

The material helps the sculptor reflect on creation.

YOU RISE THE WATER UNFOLDS

An ode to women in sensations and in dreams.

When he was small, his father taught him how to fold
washing carefully and pack a suitcase the right way.
It was their way of establishing a connection with one another.
Now the father is about to embark on his last
great journey – alone, and with no luggage to speak of.