ZEBRA is moving to Münster

The idea for a festival for short films combining poetry with moving pictures was created in 2002 by the Literaturwerkstatt Berlin/Haus für Poesie. They organized the festival in Berlin until 2014 and have established it as the biggest platform for the genre poetry film. A poetry film is based on a poem. The poem is the center piece of the short film and can be clearly recognized in word or sound. The possibilities are unlimited: With quiet or loud, funny or moving, poetic or political films, the programme of the ZEBRA Poetry Film Festival represents a wide range of the genre.

At the initiative of Kunststiftung NRW the relocation is anticipated to carry the genre beyond the borders of the capital and anchor it in North Rhine-Westphalia. The new location has already established itself as an important venue for poetry and cinematic art, as it is home to the poetry festival Lyrikertreffen, the International Poetry Prize (Preis der Stadt Münster für internationale Poesie) and the the Filmfestival Münster.

In Münster ZEBRA is going to take place every other year – alternating with the Filmfestival Münster and the Lyrikertreffen. Managing directors of the festival will be Risna Olthuis and Carsten Happe, who have also been responsible for the Filmfestival Münster since 2014. Thomas Zandegiacomo Del Bel of the Literaturwerkstatt Berlin/Haus für Poesie was confirmed in his position as artistic director. The team of directors will be supported through a professional artistic advisory board, consisting of the representatives of Filmwerkstatt Münster, Literaturwerkstatt Berlin/Haus für Poesie, Kunststiftung NRW, Literaturverein Münster and a film expert from North Rhine-Westphalia. 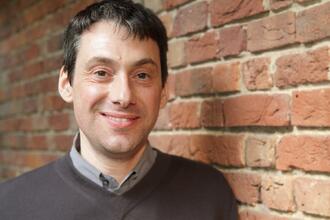 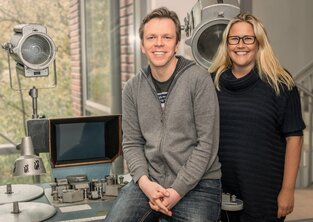