The ZEBRA Poetry Film Festival in Berlin is inviting entries for its competition for the best international poetry films from 1st of February.Eligible for entry are:

The competition winners will be awarded prize money. A programme committee will select films for the international competition and for all the other festival programmes from among the entries. At the festival, the winning films will be selected by a jury comprising representatives from the worlds of poetry, film and media.

In addition, ZEBRA is inviting filmmakers to submit a film interpretation of this year’s festival poem “Lethe” by the poet TJ Dema. Text and audio of the poem together with translations come from lyrikline.org, a leading online archive for poetry. The directors of the three best film interpretations will be chosen by the programme committee and invited to come to Berlin where they will have the opportunity to present their films at the festival and discuss them with the poet. 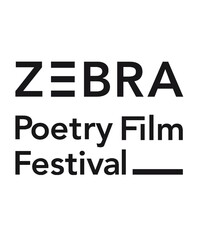