The ZEBRA Prize for the Best German Poetry Film 2019, donated by the Haus für Poesie, goes to:

"I just want to go home and dream. What!?" For the female narrator in Gudrun Krebitz' short film the "Magical Dimension" does not lie outside our world, but it is an integral part of it. Obstinately she tries to convince us that we can be in both places at the same time. So, in a moonlit Venice, we are looking for accesses that are not that easy to find. In a virtuoso manner, Krebitz shows us her own magical dimension by skilfully superimposing animation and real image, by juxtaposing text passages and by carefully selecting an audio track that generates a variegation of the voice. Thus - by painting, poetry writing, sketching and talking - she draws us to her side.

The Goethe Film Prize 2019, donated by the Goethe-Institut, goes to:

The Leipziger filmmaker Susann Arnold unveils the memory layers of a whole life. In her short animated picture she lets a first-person narrator take centre stage, someone who has lost or who was deprived of all connections to a reassuring past. For Arnold the means of black-and-white photography are not an expresson of objective coverage, but they are rather deployed to recount in a subtle fashion a kind of split. Associcatively she links images of landscapes and residential areas, which she first crumples up and then causes to vanish. The narrator responds at the pictoral level to the state of homelesness and placelessness with a yearning for freedom and affiliation.Thus the filmmaker stages an obstinate remembrance within a negative-process.

The Prize for the Best Film for Tolerance 2019, donated by the Federal Foreign Office, goes to:

A city devoid of its residents is the protagonist of this film, which tells its story as a tableau in its walls and in its objects. There is no war yet. We glide through splendid apartments and courtyards, past crackling chimney fires and clattering window shutters, up and down the staircases and through gates, doors and corridors into rooms and chambers. The objects which inhabit the spaces,, vessels, telephones, framed photographs, tell the story of the inhabitants through visual storytelling and sound memory.The beginning of a futile war - people disappear, - they perish on dangerous and deadly escape routes.

This animated film strikingly depicts the war, but also Syria, which was destroyed in its course. In the end, it is the city itself that speaks to us in the poem: "They have killed me and turned me into my own graveyard."

A headless collector as a spectral animation, repetitively pulls his cart over the facades of a nocturnal city. What drives him, what is he looking for? We won´t be quite certain, even in the end. He lets peculiar findings, which he picks up on his way, disappear within his body. Strange creatures join him: A cabybara, accompanies him on his way, A Daruma doll from the Japanese Zen tradition,finally becomes his head. A male voice,  recites the poem by Silvia Voss,- It tells us a story of dreams, of memorie, the one that we have lost and the ones that we futilely try to retrieve.

The Prize for the Best New Talent 2019 goes to: 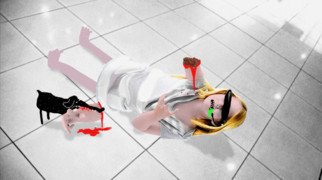 The ZEBRINO Prize for the Best Poetry Film for Children and Teenagers 2019 goes to: