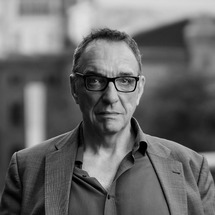 The ZEBRA Poetry Film Festival, the world’s first platform for poetry films and still the largest, brings together for what is now the 10th time the millennia-old art of words with the young medium of film. The genre has undergone rapid technical and aesthetic development ever since the making of the first known poetry film, “The Night Before Christmas”, in 1905. Schools, universities and all forms of dissemination and inclusion can no longer be imagined without the poetry film.

ZEBRA is part of Berlin, and Berlin is known worldwide as the place for the poetry film. Therefore this year’s focus, not only in the Competition but in the programme as a whole, is on poetry films produced in Germany. Ten art and film schools from Germany have been working on poetry films for a whole year. In addition, poetry films from the United Kingdom are being given guest showings. Jochen Kuhn is giving an exclusive master class. ZEBRINO is focusing attention on childrens poetry films.

I would like to thank most sincerely all our partners and sponsors, poets and film makers, the artistic directors Thomas Zandegiacomo Del Bel and Alexander Gumz and the team in the Haus für Poesie.

I wish us all an exciting festival. 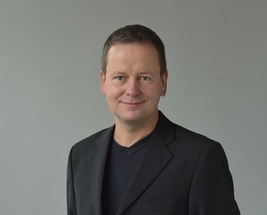 For the 10th birthday of the ZEBRA Poetry Film Festival, Berlin is once again presenting itself as the capital city of the poetry film! Whether they are live action films, video or animated art productions, all the films begin with a poem. And how directly moving a short film can be that deals with poetry in terms of content, aesthetics or form is something that everyone should experience at least once!

I am especially looking forward to the contributions from Great Britain, which with its flourishing scene is at the forefront of the sophisticated poetry film genre and is another focus of this year’s festival.

I wish all the artists involved and all the visitors a thought-provoking and successful festival!

Dr. Klaus Lederer
Senator for Culture and Europe of Berlin