Their passport is the “Bahncard 100” giving half-price train fares, and their kitchen is the Bordbistro on the ICE inter-city express. Slam poets are modern urban nomads, constantly on the move from one stage to the next. As part of the poesiefestival berlin eight of the best-known proponents of the German slam scene will be talking about what home means to them. Performing in the Academy of Arts on 8 June 2013 will be Bas Böttcher, Bleu Broode, Theresa Hahl, Franziska Holzheimer, Frank Klötgen, Wehwalt Koslovsky, Lars Ruppel and Temye Tesfu. 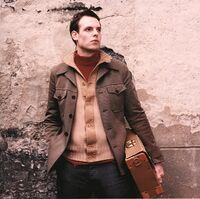