The world is turning – and it’s wobbling. Societies are undergoing radical change, political and economic systems are being questioned, and whole peoples are rebelling. Poetry and poets are playing an important part at many of these fracture points. From 5 – 13 June 2014, the 15th poesiefestival berlin will be presenting the many interactions between poetry and social fracturing. It will focus attention on the political changes in Turkey and the Ukraine, and the poetic forms of civil disobedience, as well as on the First World War, which fundamentally changed not only the map of Europe but also poetry; poets of today will be reflecting on those events.

In readings, colloquia, performances, discussions and concerts featuring artists from all over the world, the 15th poesiefestival berlin will be finding approaches to the various aspects of political, social and biographical upheaval, which is also always aesthetic in character.

The poesiefestival berlin is a project by the Literaturwerkstatt Berlin in cooperation with the Academy of Arts and is sponsored by the Hauptstadtkulturfonds. 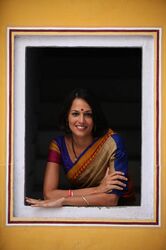