Workshop for teachers: All the Words on Earth …

LesArt is offering a seminar on approaches to poetry for the first school. Teachers who will be teaching German to 4th Grade classes in 2010-11 are invited to take part. The seminar is the beginning of a year-long poetry project in the 2010-11 school year, the results of which will then be presented in public at the 2011 poesiefestival berlin.

In cooperation with LesArt – Berlin Centre for Children's and Young Adults' Literature.

The Jorgos Seferis exhibition will be showing photographs from the life of this Greek Nobel Prize winner.
All-In-One, featuring works by Susanna Kraus and Michalis Papamichael, interrogates various dualistic boundary issues: Time, light and shade, being together, being alone (all-one), presence and absence.

An exhibition organised by the Greek Culture Foundation, Berlin branch, the Hellenic Republic – Ministry for Culture and Tourism and the Embassy of the Republic of Cyprus in cooperation with the Literaturwerkstatt Berlin
At 6.15 pm we offer you, with the kind support of Toyota Germany GmbH, a shuttle service to the Akademie der Künste in the new Toyota Prius hybrid vehicle.

Poetry Discussion: As long as the memory lives in me I will return 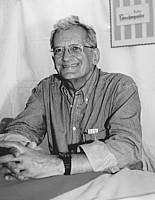 He was active in the resistance to the German occupation, held as a political prisoner in Greece and lived for many years in exile - and is a poet. In conversation with Maike Albath, Patrikios will be talking about his life and work. 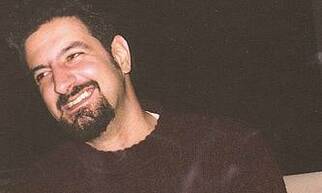 For several years now, a new young generation of poets have been raising their voices in Greece, combining the rich, lyrical tradition of the country with the urgent topics of the present. The subjects engaged with by this generation extend from the possibilites for perceiving the world through language to descriptions of everyday life in Athens streets.

Furthermore we are showing the poetry film "I Apofasi" ("The Decision", director: George Drivas, 2007). 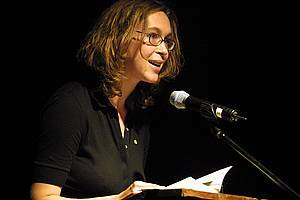 This is the third time the e-poesie series will be experimenting with the transformation of the sounds of poetry into new acoustic spaces. Works by guests of the Berlin Artists' Programme of the DAAD in the Literature and Music categories will be presented, and will explore the transitions of language into sound and sound into language in quite different ways. This will also include Mario Verandi's audio-visual poetry performance Constellations, which has been commissioned by the poesiefestival berlin itself.

A co-production with the Berlin Artists' Programme of the DAAD.
With the kind support of ohrenstrand.net (supported by the Netzwerk Neue Musik and the Cultural Department of the Land of Berlin).