Tickets are on sale for 20th poesiefestival berlin

Even before the programme for the 20th poesiefestival berlin is published, tickets are already going on sale for two high calibre events: Spoken Word meets Slam Poetry meets Hip Hop on 15 June with Sarah Kay, Francesca Beard, Yugen Blakrok und Julian Heun and the Raúl Paz concert on 20 June. Under the title of Finally Time For Language the Festival presents poetry from around the world in its most varied and different forms and in conjunction with art, theatre, performance, music, film and digital media. Advance ticket sales for all other events will start in May.

‘superpowerpoetry’ are celebrated Spoken Word heroes from four different continents. Sarah Kay, the Spoken Word icon from New York, Francesca Beard, one of the most exciting emerging voices from the UK, the South African Yugen Blakrok, who enchants audiences with hip hop and trancelike sounds, and Julian Heun, three times German language Poetry Slam champion. On this evening they will be presenting their texts, rhymed or unrhymed, socially critical or intimate, full of humour or close to tears, uncompromising or tender –  experiments in poetic magnetism to recharge the word batteries. Poetry: On.

The texts will be presented in their original languages, English and German.

Raúl Paz – one of Cuba’s most exciting singer-songwriters will be presenting his latest album, ‘Vidas’, and playing a selection from his previous eleven successful albums. Raúl Paz is regarded as a musical revolutionary for the 21st Century and is part of what is known as “new Cuban music”. His musical style combines this with elements of hip hop, dub and rock into a fusion of Salsa, jazz and electropop. His lyrics sparkle with irony and fine wit, stories telling of life’s experiences full of love, separation, revolutionary drive and banality.

Link to the event: https://bit.ly/2TGquGC 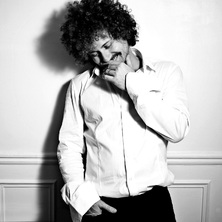 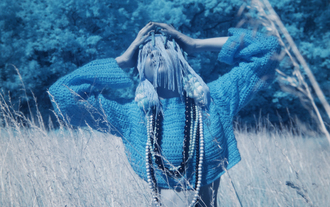