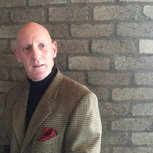 What is happening with our language, our languages, today in Germany and the world, in analogue and digital media? How are opinions formed, how is political reality constituted with words and what role is played in this by the aesthetic function of words that invites, seduces, damns and invents?
An inter-disciplinary discussion of the complex interplay between poetry, rhetoric and politics – the poetry of propaganda, the propaganda of poetry. The discussion will focus on formed language as a tool of various political groupings on the one hand and on the other hand in the service of radical political programmes, both in literary history and today.
How exactly does the power of the word have an effect? How are rhetorical tools such as metaphors, rhythms or sound used for their performative potential? Current burning examples such the propaganda poems of IS and the language and self-enactment of the new populists will be explored.
English-German interpreting will be available for this event.
Project leader: Alexander Gumz